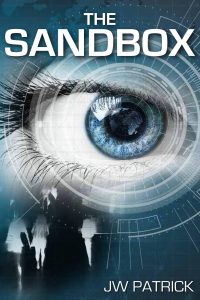 Buy from everyone else!

After a mysterious impact in the dry Oklahoma landscape, three teenagers discover a world where they can do anything they want. Anything at all: Play. Explore. Fly. Destroy. But as a ripple of consequences impact on reality, Sonny, Isla and Dan realise this is far from a game. Do they now have the power to change the real world? Because if they do, they know exactly what they want to do first…

Dirt-poor Sonny Monroe blames the oil company that fracked his family ranch for his problems. Dan Hawk, a Native American from the Chickatawa tribe, has never forgotten who stole his native Homelands. Idealistic Isla Duncan, a Scottish Paralympian junior on a charity handcycle tour, would just like to make the world a better place.

As the three teens attract global enemies and the killings begin, grave doubts divide them: Do they control this new-found power? Or is it controlling them? If so, what on Earth does The Sandbox want?